Ryder was born September 19th, 2003. He is our youngest child, and has three older siblings. He was born with a fused soft spot, called Sagittal Suture Stenostosis and had corrective surgery at age 11 weeks old. He lost a lot of blood and required a blood transfusion. We almost lost him that day.

As Ryder grew, he struggled with meeting his developmental milestones. He did not bear weight through his legs and needed physical therapy. He was a very floppy baby and was soon diagnosed with hypotonia. He finally learned how to sit up on his own at 9.5 months. He also started occupational therapy to address his fine motor coordination. A Global Developmental Delay diagnosis was given.

We also noticed he would have noise-induced seizures after attending a loud parade or loud basketball game. He started medication for seizures then.

He had chronic constipation, severe gas pain and GI distress. He would scream in pain and could not tell us what was wrong. Doctors were of little help. We were of little sleep.

He did not have good eye contact and would stare "through you". He was prescribed glasses, but did not like them and he'd break them as soon as they were on his face.

Ryder would babble a lot, but could not speak useful words. This made him frustrated because he couldn't communicate. He has had countless hours of speech therapy, but to little avail. He knows some sign language - especially when he's motivated by food in the vicinity. 😉

He started hand flapping as a toddler and needed a lot of stimulation. He was diagnosed with Sensory Processing Disorder and Severe Autism at three years old.

He did not sleep through the night until age 10 when we took him off dairy and gluten. It was miraculous!

He had a lot of ear infections and had 2 sets of tubes placed in his ears over the years. He seems to have outgrown this.

He has a very cute personality when he isn't in GI pain. GI pain and his ability to communicate effectively are the most difficult challenges in his life.

He loves to be sneaky and tricky and likes to "scare" people by making unexpected loud noises. He never crawled, but eventually learned how to walk at age four. It was so fun to see his little body walking up and down the halls of our home.

Ryder has always been really small for his age; which is not typical of our family. His brothers are is 6'7" and 6'1" (Dad is also 6'1"). I kept thinking he has to have more than just an Autism diagnosis. Things didn't add up because our three older kids also were diagnosed with Autism Spectrum Disorder, but weren't as severe as Ryder.

Our entire family has participated in many research studies across the nation because of our family dynamics. Ryder's dad was also diagnosed with autism the same year Ryder was diagnosed. So that made 5 out of the 6 of us diagnosed with an Autism Spectrum Disorder. I'm the only one that does not have it- good thing it's not contagious! 😉

We sent off DNA samples to the SPARK research project and over a year later Ryder's results came back flagged for ADNP Syndrome. Finally! We had answers.

Ryder has a smile that can light up a room and loves to cuddle if he's in a good mood.
His favorite things are: water, fire, sunshine smoke, sprinklers, bubble gum, swinging, clapping, bouncing and riding in a car. And tortilla chips. I can't forget that!

He is a joy in our lives and he has taught us the important things of life. 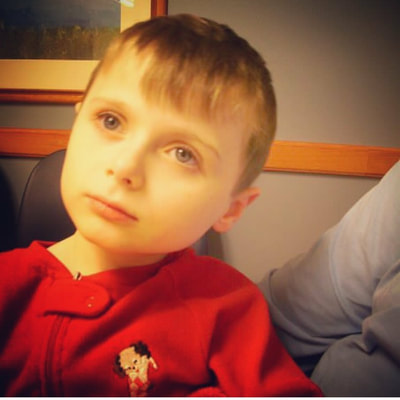 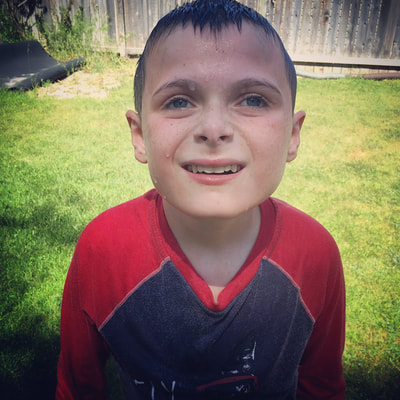 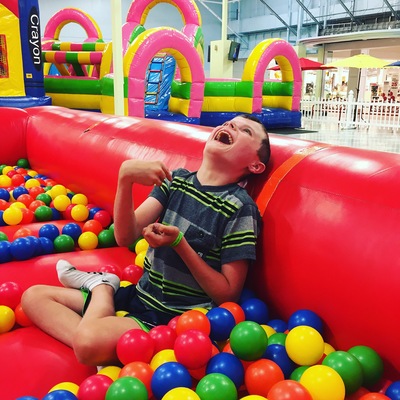 Below are many different newspaper clippings of stories featuring Ryder provided by his mother. 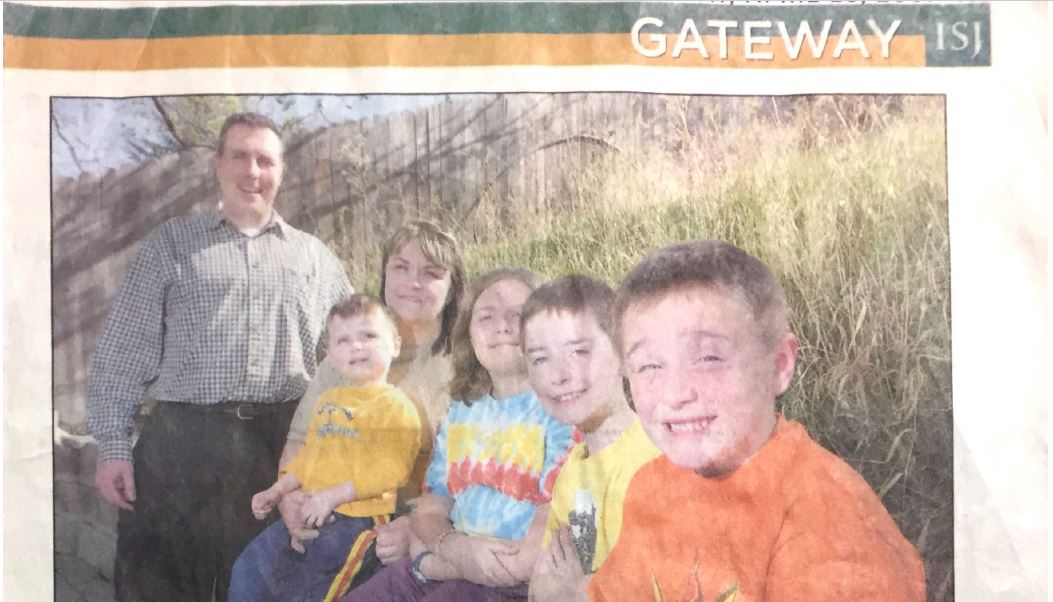 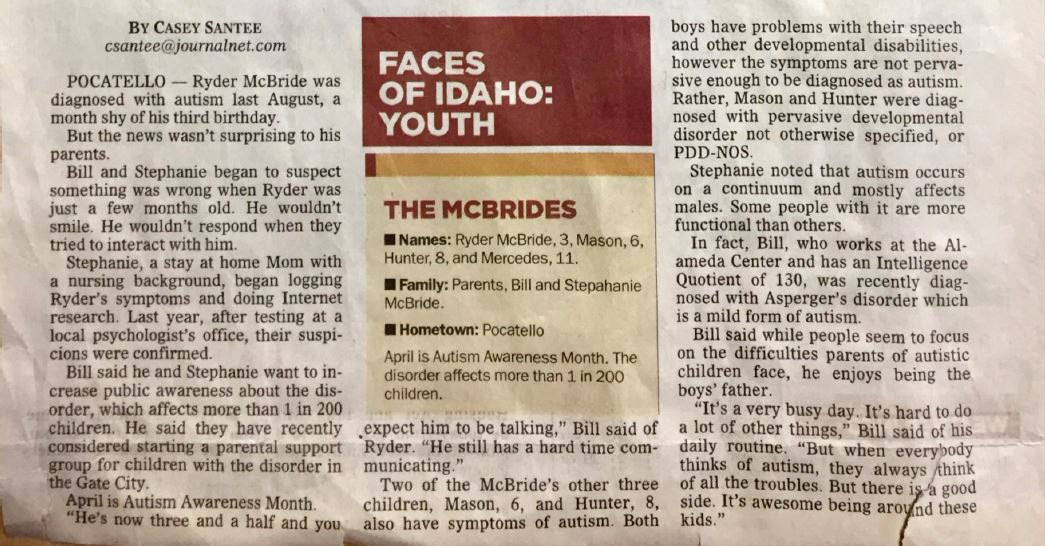 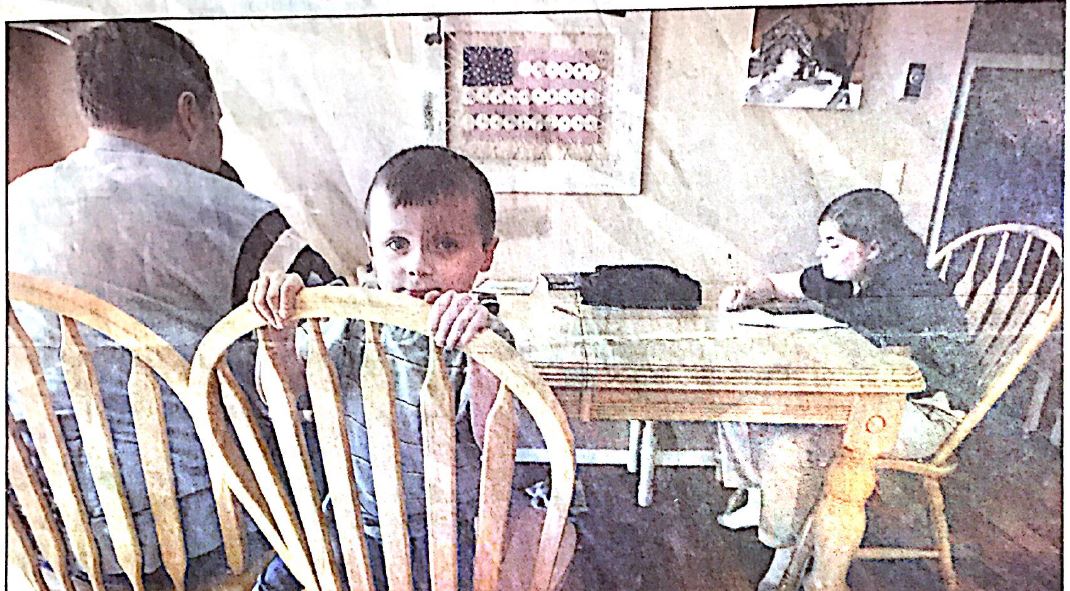 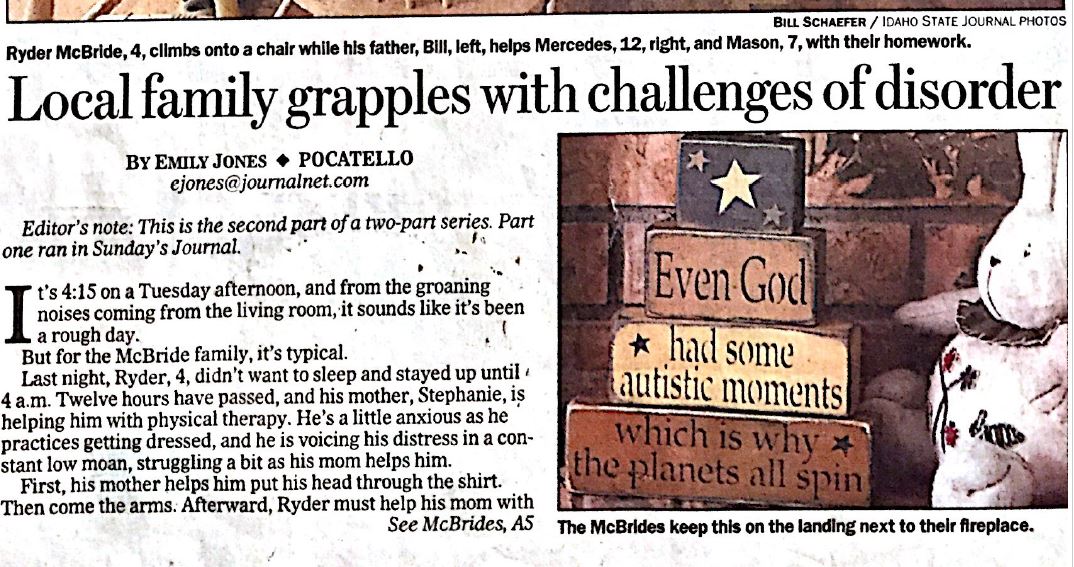 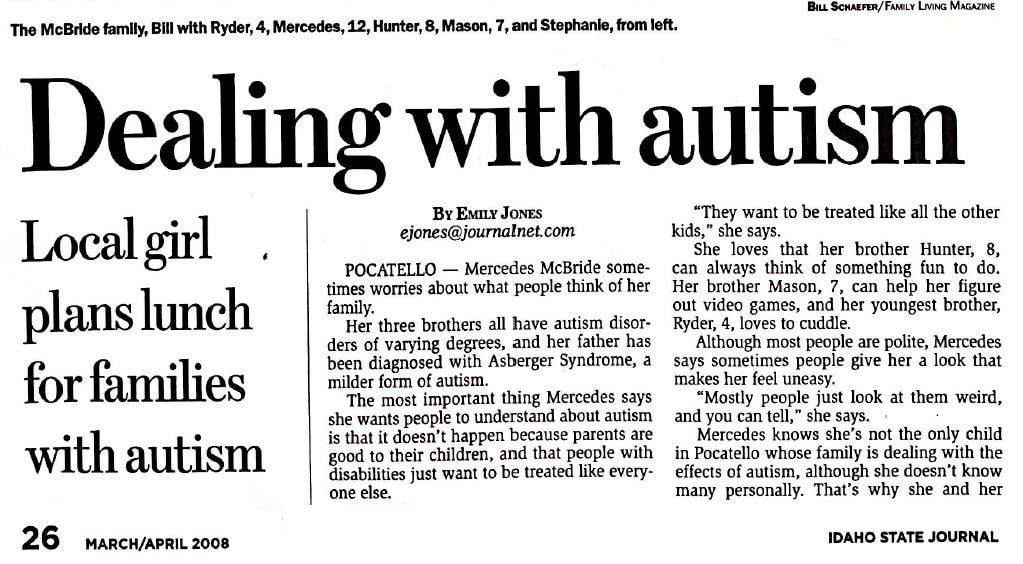 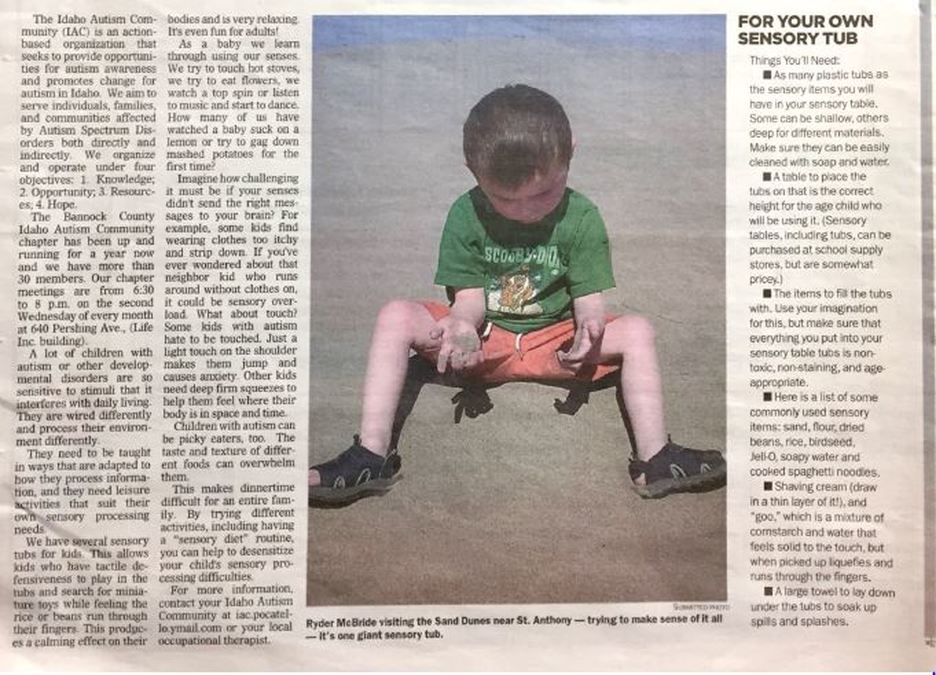 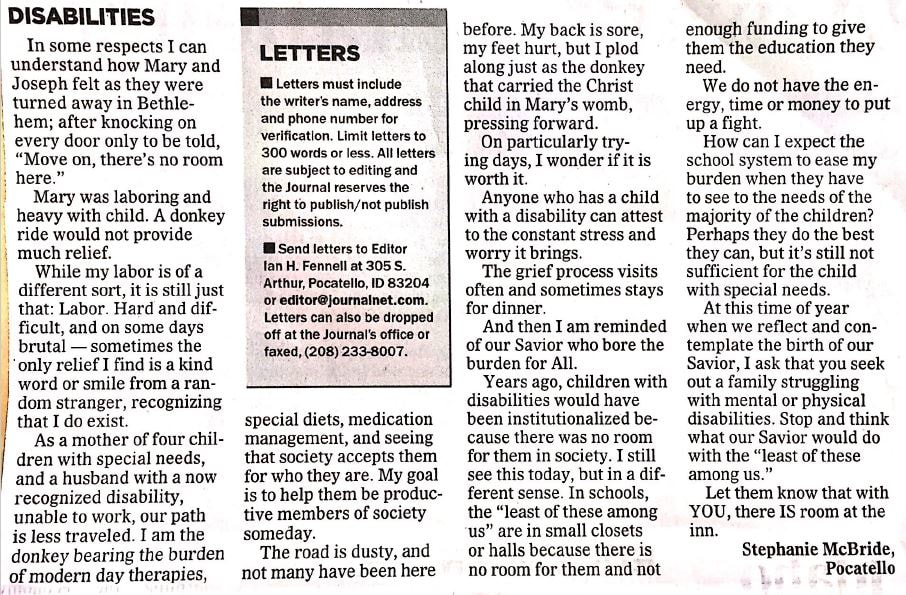