Lily was born in November 2015 at full term, she weighed a perfect 7lb 8oz, after a very normal pregnancy. In the hospital she stopped breathing twice, she was admitted to the NICU for observation but we were assured all was fine and that her mucus plug had blocked her airway. Obviously as parents we were traumatized but equally had no reason to doubt that all was well with our little bundle. 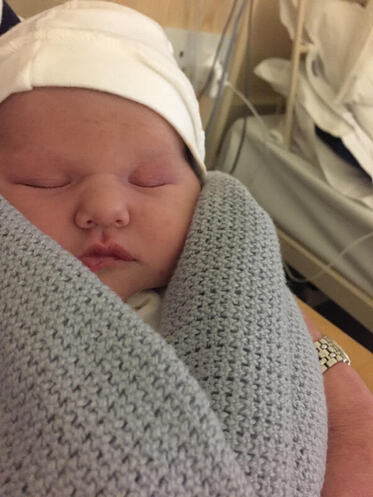 ​The first few weeks and months were tough, Lily really struggled to gain weight, then had severe reflux but apart from her struggles with reflux Lily was an extremely happy and content baby. She LOVED everyone she met. It was when we hit the 6 month mark that we really started to feel like Lily was a bit behind. She was able to sit independently if I sat her up, but couldn’t get to a sitting position by herself. At 9 months we brought her to a pediatrician who agreed to refer us for physiotherapy. 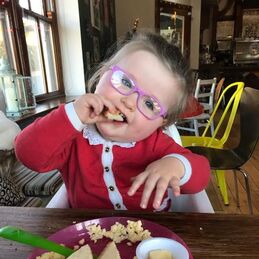 ​In the months that followed we worked with a physiotherapist to help Lily learn how to sit up, how to kneel etc. It was really slow progress and we started seeing delays in other areas. By around 18 months Lily had generic genetic testing by her Pediatrician and all was clear. We were referred to a genetic specialist for more specific testing and that first meeting is forever etched in my brain. Lily was almost 2 years old and we were told she would not catch up. We had been holding on to that hope and were told to “lower our expectations and keep lowering them”. Needless to say it was DEVASTATING on every level. We didn’t have a diagnosis yet but a clearer picture of what we were facing. 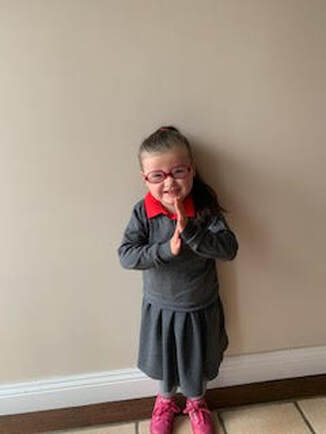 ​About 6 months later we got our diagnosis of ADNP syndrome. ​Our geneticist had very little information, just that it causes intellectual disability and autism spectrum disorder. We thankfully found this ADNP Kids and a group of parents who helped unlock a lot of the mysteries about our little warrior. It turned out all the things Lily loved, like music, water play, swimming, swings etc., were loves she also shared with her ADNP brothers and sisters.

Her diagnosis was difficult to take but understanding Lily more and understanding ADNP more and how it has and will affect her helps us to provide the best supports we can to allow her to develop to her greatest potential.

As ADNP is still so rare the real ADNP experts are the parents that are living through the reality of it everyday and having our support group on Facebook has been such a blessing. The great news for our ADNP kids and families is that our foundation https://www.adnpfoundation.org/ is in stage 2 of an FDA drug trial. It’s such an amazing achievement for a rare disease and is giving hope to soo many families.
​
Lily is now 5, in her first year of primary school and LOVING it. She’s in a small class of just 6 kids and it’s definitely the right school place for her to allow her to learn. Her life is not what we had hoped for her as she faces so many struggles to do things that others take for granted. She’s currently receiving physio therapy, speech therapy and occupational therapy. Lily also enjoys therapeutic horse riding and it’s been fantastic in helping develop her core muscles.
Lily is a rollercoaster of emotions but honestly brings soo much joy to everyone that meets her. She loves the world and everyone in it and I can’t imagine a better big sister.
ADNP, ADNP Syndrome, Helsmoortel-Van Der Aa Syndrome, HVDAS, Helsmoortel, VanDerAA, ADNP Gene, ADNP Mutation, ADNP Gene Mutation, Tony Sermone, Illana Gozes, Cognitive Genetics